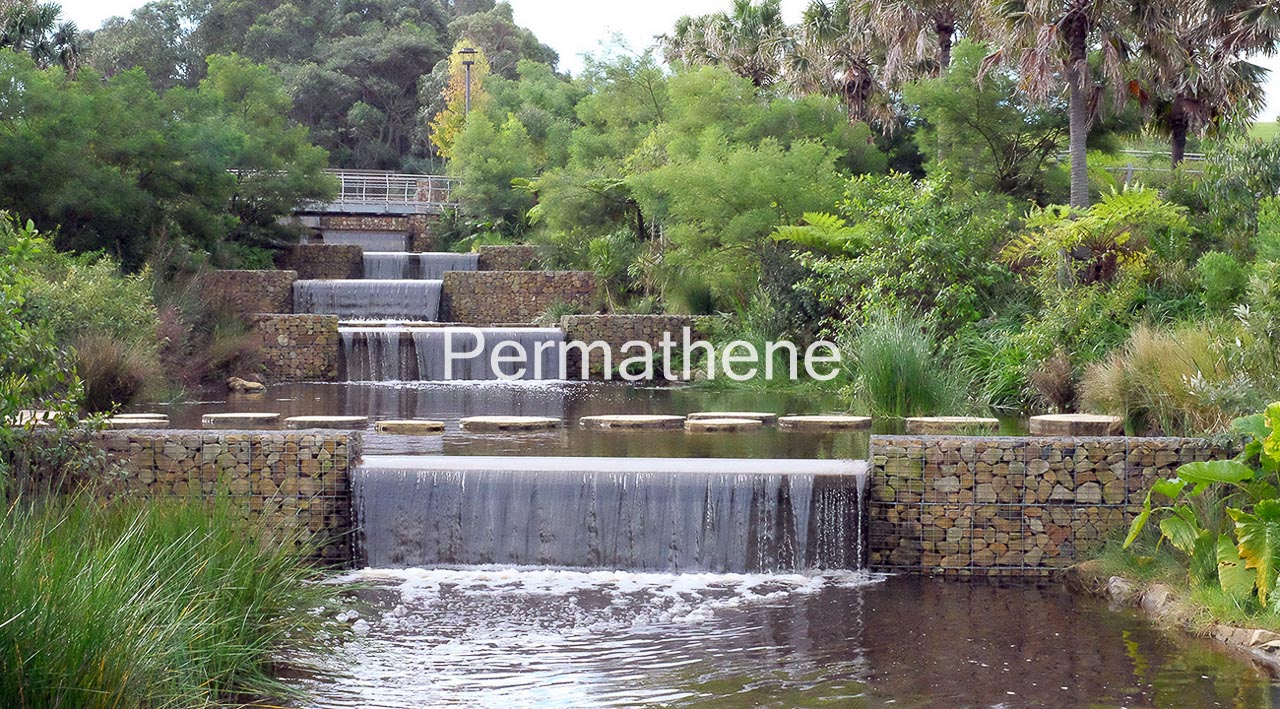 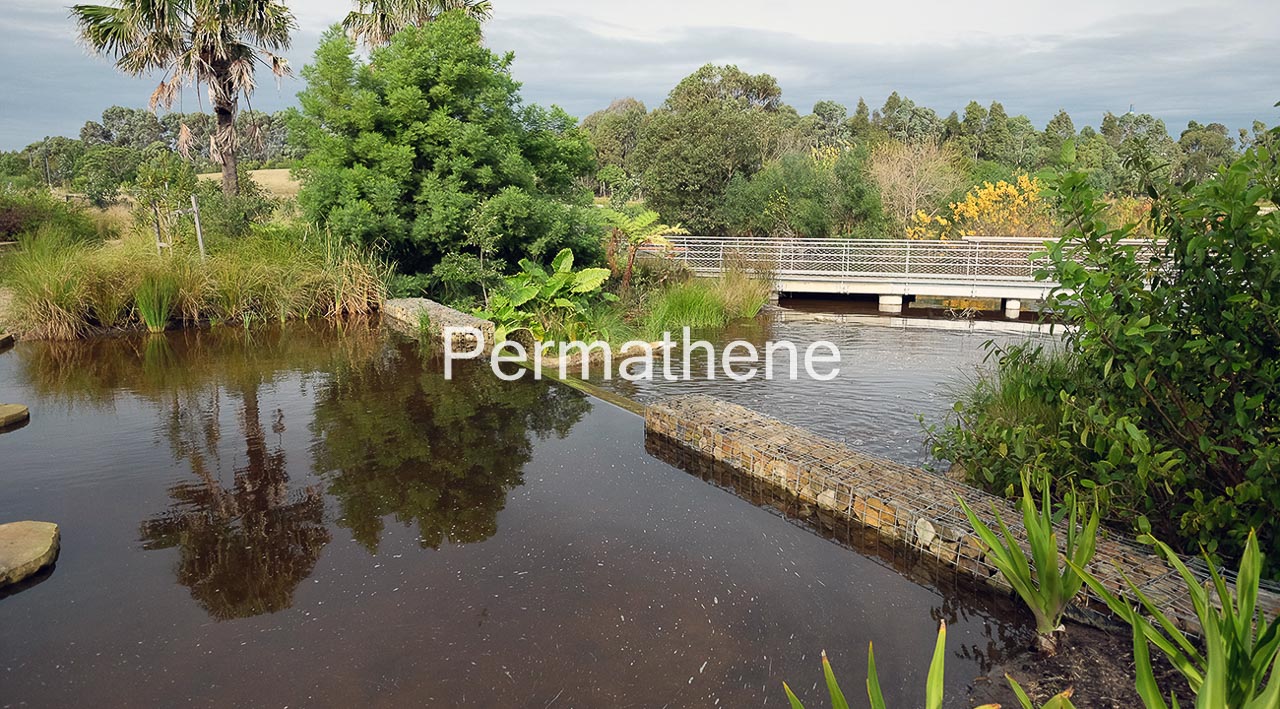 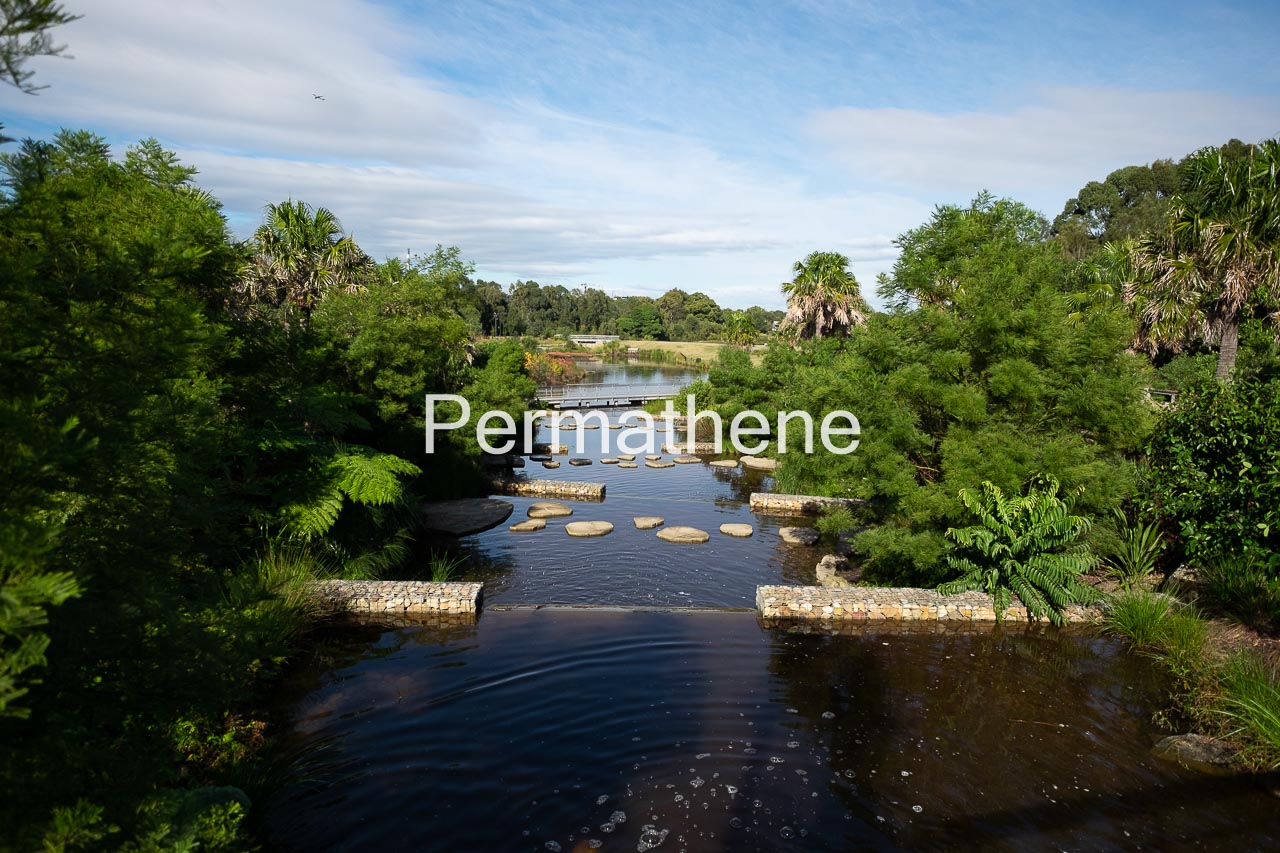 Sydney park is located in St Peters in city south, and is well known for it’s landmark high brick chimneys. This open space is made of grassland, landscape gardens, cycling path, rolling hills and a series of interconnected wetlands, spreading over 40 hectares. The four wetlands were constructed over time to capture stormwater in order to improve water quality and provide flood mitigation and amenity. However the amount of water lost due to evaporation and lacking sustainable water supply have caused problems for the aquatic environment.

Engineers, ecologists and landscape architects were urged to provide a solution where stormwater management infrastructure is seamlessly integrated into the landscape design in a large scaled park space. The design aimed to create a continuous natural edge blending into the existing periphery of wetlands and conceal the curving concrete retaining wall from a distance. Gabions, filled with locally resourced sandstone and recycled materials were chosen to build on top of concrete to create a natural look and to accommodate stormwater volumes in a confined space. The distinctive use of recycled brick gabions not only added another habitat overlay to the design proving an ecological function but also recalled past histories of the former industrial land.

The Sydney park stormwater harvesting stage 1 project was completed late August 2014, and today the park is an amazing space for families, exercise, dogs with an array of activities including children's bicycle paths, skating and BMX. The wetlands with gabion waterfalls are a major feature of this part and as a central component it separates sections inviting exploration.

The photographs for this project were taken during and after construction (2014-2015).